Get Tested Donate
Iris House is pleased to announce the 18th Annual Women as the Face of AIDS Summit
​Call for workshop submissions - Monday, May 8, 2023

2022 Bloom Fall Newsletter
Iris House has been busy. Read all about it by clicking the image below. 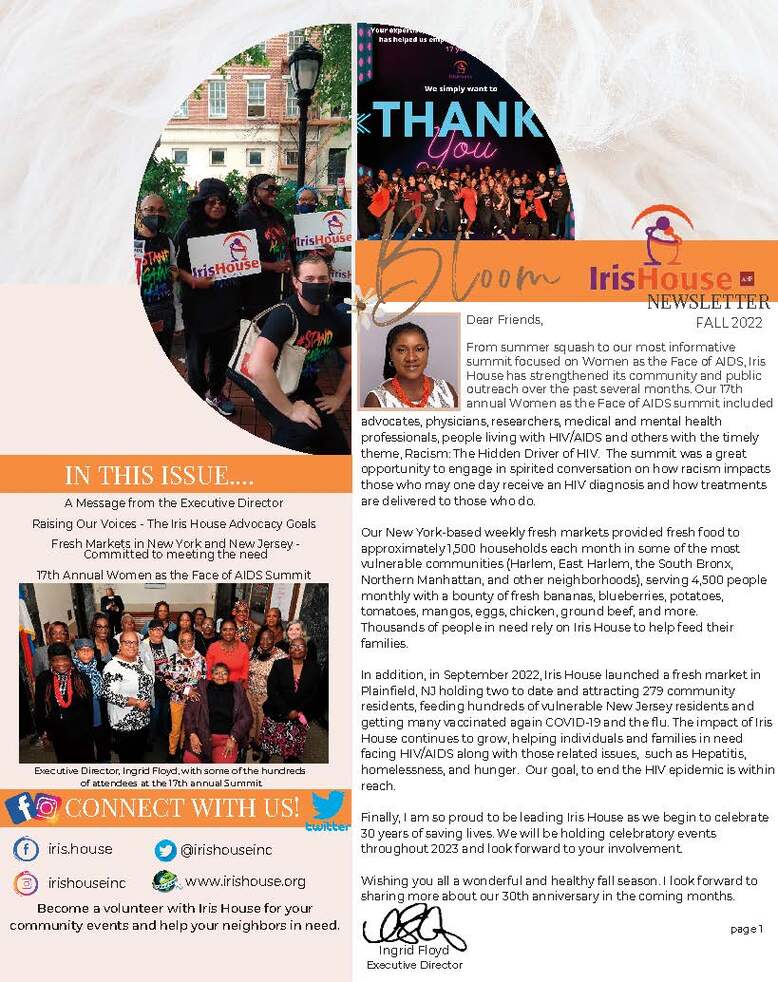 “We are really excited about our latest campaign, Simply Glow’d, created by the marketing team of the AIDS Healthcare Foundation.” Says Iris House Executive Director, Ingrid Floyd.  “This new campaign shines the light on the need to engage young people in discussions on how to end the HIV epidemic, teaching them how to make healthy sexual decisions and allowing them to Glow and be proud of the decisions they make.”
​
In NYC, almost 10,000 youth under the age of 29 are living with HIV; over 40,000 youth between 13-24 years old were diagnosed with an STI; and alcohol continues to be the most widely used substance among America’s youth. At the end of 2018, an estimated 1.2 million people were living with HIV- of those numbers, 482,900 were among Black/African American people.

Iris House saves lives through comprehensive support, prevention and education services for women, families, and under served populations affected by HIV/AIDS and other health disparities in a safe, family-centered environment by passionate, professional and culturally competent staff.

Iris House was named for early HIV Activist Iris De La Cruz, whose passion for our cause was instrumental in establishing our programs.